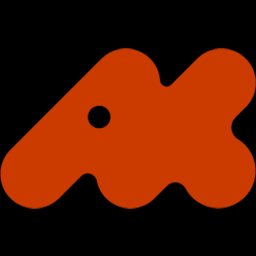 Diana Richards rented a charter boat off the coast of Maui.

The passengers had just boarded when the captain told everyone that a baby whale was born. A little blood could be seen, followed by the mother pushing her baby to the surface so it could take its first breath.

When Richards, CEO and president of Vacuum Systems International was asked by the American Diabetes Association to team up with a sculptor, Alice Kiderman, for its Celebrity Art Auction Gala, the memory of the baby came to her mind and that became the inspiration for their piece.

The ADA has hosted this event for eight years as a twist on charitable dinners."

My company is at a point where it really runs itself. So, I have the time to do something like this and I think the idea is so unique. It's not like we're all getting together and just giving money. That night someone can take a beautiful work of art home," Richards said.

Eight members of the business community and eight artists were paired up to work on piece of art to be auctioned off at the gala. The ADA is trying to raise $150,000 on April 12 to help with its mission to prevent and cure diabetes and improve the lives of people affected by diabetes.

Jill Pupa, executive director af ADA of Cleveland in Independence, said, "It not only features the many business leaders in our community, but also provides an opportunity to showcase the wonderful artistic talent residing in Northeast Ohio."

Kiderman has a studio in Sculpture Dimension, an industrial shop that makes counter tops. Her mother-in-law suffered from diabetes and Kiderman saw her have an attack once."It was a scary experience for me. I called 9-1-1 because I didn't know how to handle it. She passed away from diabetes. It's a sad story."

Once a year, she chooses to do a fundraiser or donate a sculpture to a charity and this year it's ADA's turn.

She said, "ADA connected us. They told me there was this wonderful, interesting woman and said we'd be great together. We're even neighbors. She lives in Brecksville and I live in Broadview Heights. When we met I told her it was a worthy cause and I was thinking about doing something about nurturing. She remembered the story about the whale and we decided to call it, 'First Breath'.

"The sculpture will be an abstract mother whale pushing her baby to the surface made out of green limestone."

In general, I'm not a representational artist. I like to go figurative-abstract because I like to leave a little bit unfinished or imaginative for the viewer to continue the story," Kiderman said.

The sculpture will be finished and up for auction at 6:30 the night of the auction at Signature La Centre at 26777 Detroit Road in Westlake.