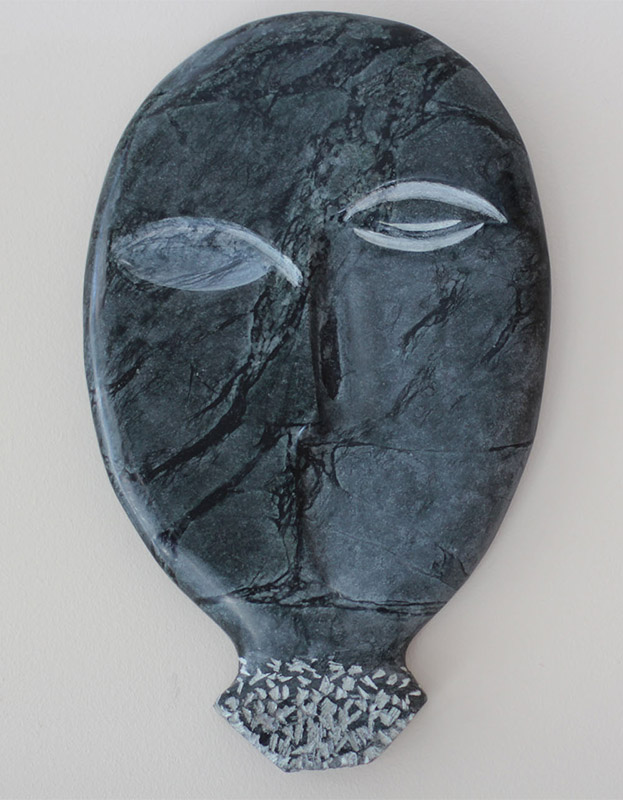 "I don't know of any good work of art that doesn't have a mystery." - Henry Moore .

‍By postmodern aesthetic standards (if in fact there is such a thing), the free-standing stone sculptures by Alice Kiderman might seem somewhat dated. At first blush, several of them are reminiscent of Henry Moore's distended, ambiguous and lumpy abstractions of the human figure.

Yet while Kiderman's forms do share Moore's (and many other sculptors') "less is more" ideology, they manage nonetheless to transcend such cosmetic similarities. Hers are quite simply more beautiful. They come from a softer, more subtly distilled and mysterious place, with a clearly soulful respect for the nature of her chosen material. Indeed, it's as if the great skill and refinement of her craft has accessed the soul of the stone (marble, granite, alabaster, or steatite) as it were, and given it a voice - one which speaks not in brash or exaggerated tones, but in eloquent, intimate whispers. Most of the works on pedestals share a biomorphic elegance, and their gently bulbous surfaces seem like a translucent skin through which we can see wispy veins and other shadowy variations of texture. The sensuous undulations of the forms sometimes suggest a fetal pushing or pulling from inside the stone. In that sense, these amorphous masses have a tentative quality, as if in an arrested moment of still becoming. In contrast, Kiderman's wall pieces display a relatively more staid, blunt simplicity. They bring to mind primitive ceremonial masks, or the 'sympathetic magic' that many ancient peoples believed they could generate with their ritual figurines and idols - giving faces and form to the ineffable forces of life.

Collectively, Kiderman's works are indeed imbued with a quiet magic of sorts. Some conjure serenity and ecstasy. Others speak of darker, more vexing things. Stone will do that. It's nature's perfect reliquary of time itself, the countenance of history. And the very act of sculpting it can reasonably be seen as a metaphor for revealing and facing the history of us.